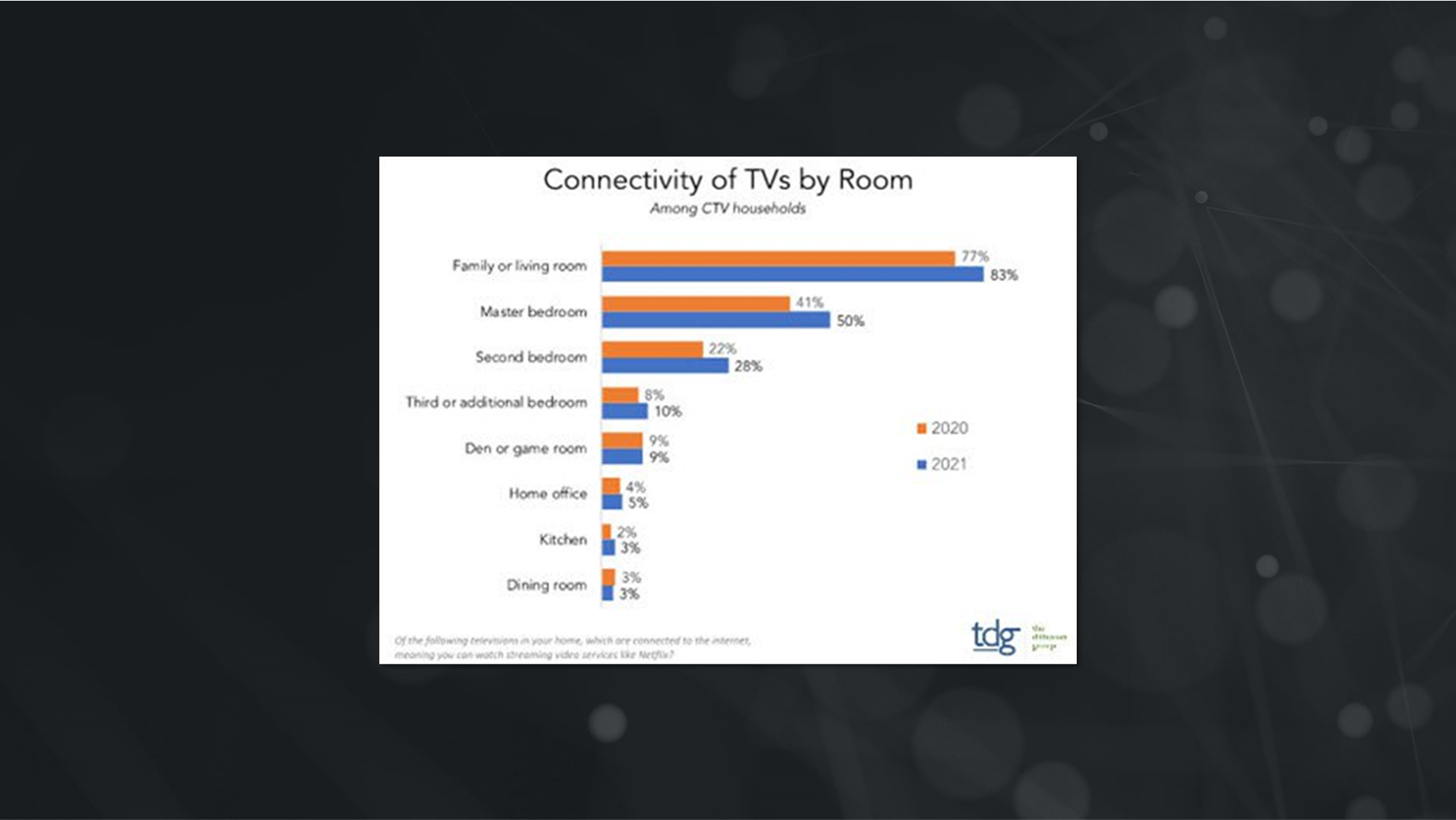 CTV penetration and device usage, a trio of streaming viewership studies, and The Price is Right celebrates a milestone 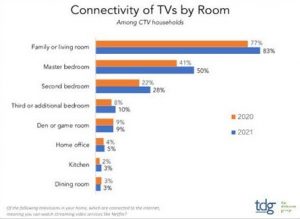 The 11th Annual “Benchmarking the Connected study by TDG surveyed 2,000 household decision-makers who subscribe to a residential broadband service. This year, analysts found that US CTV household growth has plateaued, in line with a significant slowing in broadband household growth.  As of “August, TDG found that 85% of broadband households use a CTV — up roughly 25% from 2015 but only 1.2% from 2020.” However, TDG finds a growth opportunity in the number of CTV devices per home. For example, increases were found for the presence of a device in the living/family (up from 77% in 2020 to 83% today), in the master bedroom (from 40% to 50%) and a second bedroom (22% to 28%). (Mediapost: 9/8/21)

A study by Broadbeam Media found that consumers are finding it difficult to keep track of their subscription costs, with most of them underestimating their monthly expenditures on subscription services by 35%. On average, they estimated to spend about $49 while the calculated expenditure (based on the services they reported paying for) came to $66. The survey of 1,000 consumers found that two groups, in particular pushed up those averages – those with “high wealth” and parents. And while everyone’s miscalculating their spending, the only group spending less than they think they are is seniors; perhaps because they’re also combining the cost of their cable subscription. (B&C: 9/13/21)

A survey from Future Today found that over half of US respondents said they see “ad supported video services as a good way to reduce or eliminate subscription fees”. And while 36% plan on decreasing the number of paid subscriptions, 41% of those who started a free trial in the past year became subscribers when their trial ended. The survey, conducted in June among over 1,000 consumers, also found a preference for watching TV and movies on demand (68%) vs. linear channels (12%).  (NextTV.com: 9/7/21)

Similarly, a report from Roku’s National Research Group found that 70% of respondents said they were willing to pay for an AVOD service if it meant monthly subscription costs would be lower.” They’re also watching live sports and news programming. According to the survey, 42% of respondents watch some sports via streaming with 62% saying they also watch traditional pay TV. And among those without traditional pay TV (61%), they’re watching live news multiple times per week via streaming. While the survey didn’t reveal the details of time spent, it can be seen as an early growth indicator for a platform that saw initial success with non-sports entertainment programming. (THR & The Drum: 9/9/21)

THE PRICE IS RIGHT TURNS 50

In celebration of the beloved game show’s upcoming 50th year on TV, host Drew Carey was joined by announcer, George Gray, and longtime model, Rachel Reynolds to share show memories and tease what’s ahead for the new season. And for the diehard fans, the game show partnered with yahoo!entertainment to create digital “immersive experience” versions of “The Big Wheel” and the Showcase Podium. (yahoo!: 9/13/21)