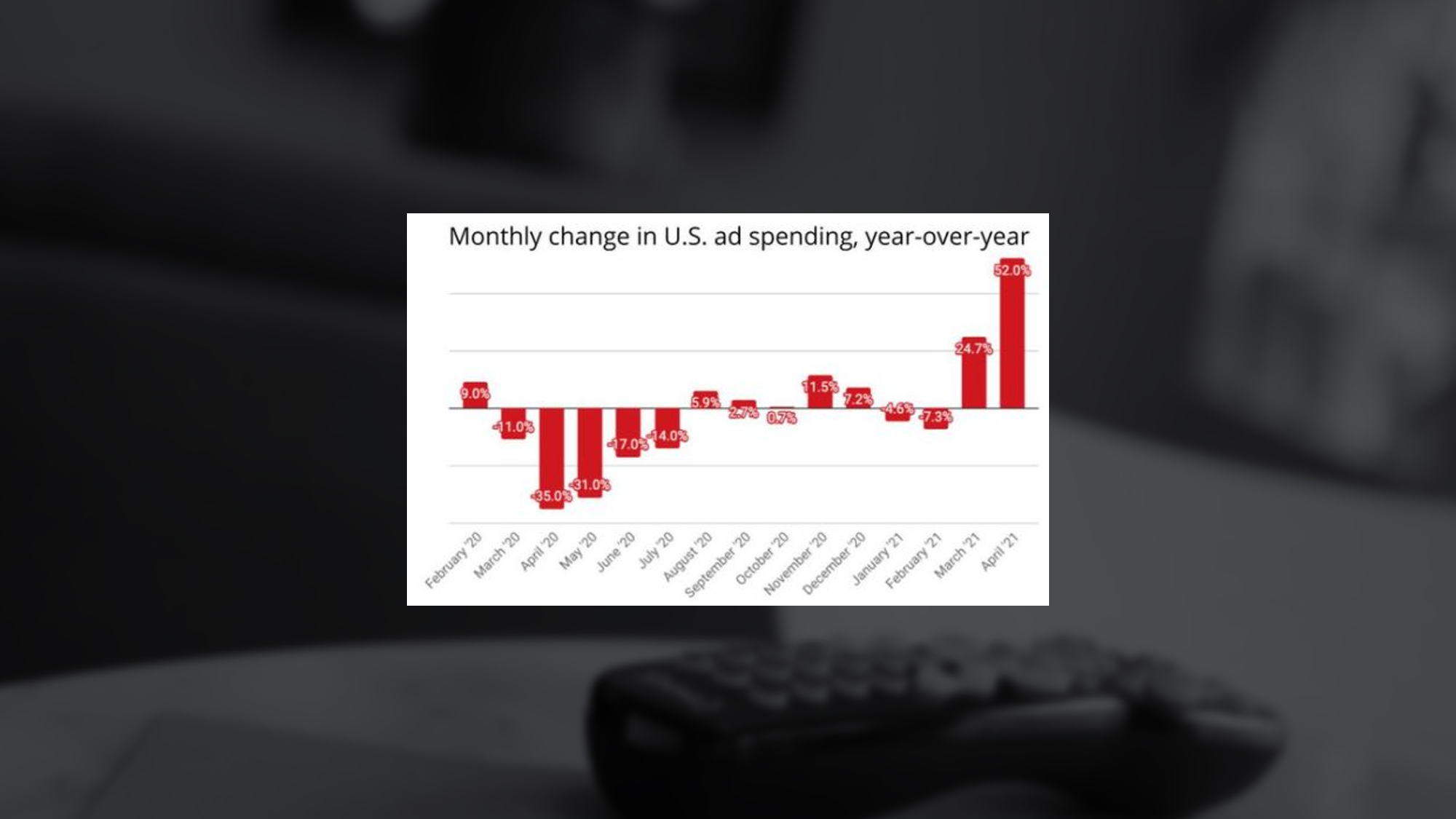 TV UPFRONT: IN CASE YOU MISSED IT

For the past year the TV industry has spent their time revamping their corporate structures to put streaming at the center of their business. The question remains, how will the 2021 upfront these pivots? Ad Age’s two-day virtual event delved into the current state of the TV ad landscape and how streaming is poised to reinvent the $20 billion upfront marketplace. The TV Pivot event brought together ad sales leaders, agency leadership and brand executives. (AdAge: 5/25/21) 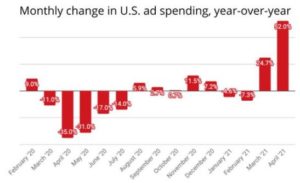 The U.S. advertising marketplace surged 52% over April, 2020, another strong indicator that the ad recovery is sustainable. The month, however, still has not caught up with April 2019, which was the best April since Standard Media Index has tracked the U.S. Though the April 2021 index is 7.4% lower than April 2019, April 2021 also is the first post-recession month to show stronger gains for smaller ad categories than the biggest ones, indicating the recovery is gaining momentum. The national TV ad marketplace continues to rebound, with digital driving most of the recovery. National TV ad spending increased 14.7% over April 2020, while digital is up 82.7%. (MediaPost: 5/20/21)

The massive shift to streaming and connected TV (CTV) represents the next growth opportunity for programmatic buying. In 2021, $9.5 billion of TV advertising is expected to be traded through programmatic auctions, with CTV representing a significant portion of this inventory. Looking at the top 16 content owners (among them WarnerMedia, ViacomCBS, Disney and NBCU), who control 80% of CTV supply, they only account for 8% of bid requests for CTV inventory. This “10X under-representation of supply from the most important controllers of CTV because they’re the incumbents” was expressed by one of the presenters at AdExchanger’s CTV Day Innovation Labs event. This opinion was questioned by at least “some of the execs” in attendance. One topic receiving more agreement was that of “fragmentation”, with CTV is broken into five categories that include vMVPDs, free ad-supported television aps (FAST) such as Tubi and Pluto TV, pre-loaded Smart TV channels like ROKU (also called electronic programming guides EPGs), direct-to-consumer apps like Paramount Plus, and audio apps like Pandora or Spotify. And while the number of outlets responsible for roughly two-thirds of supply may be approaching 100, that’s still a lot more concentrated than the web and mobile space. (AdExchanger: 5/21/21)

While “the world’s best content is being organized around and produced for an over-the-top (OTT) distribution”, a commentary in TVRev explains why “linear TV is still very much here, it’s still hugely valuable to marketers, and it’s not going anywhere for a long time.” Included as support are “strong viewership” (despite declines linear TV commands massive audiences and one of the few – if not the only – ways to obtain broad reach.), the reprioritization of “probabilistic and contextual targeting” (digital’s move from PII makes linear a contender once-again), and “clean, Brand Safe and Premium” content (mature infrastructure, government oversight). (TVRev: 5.26.21)