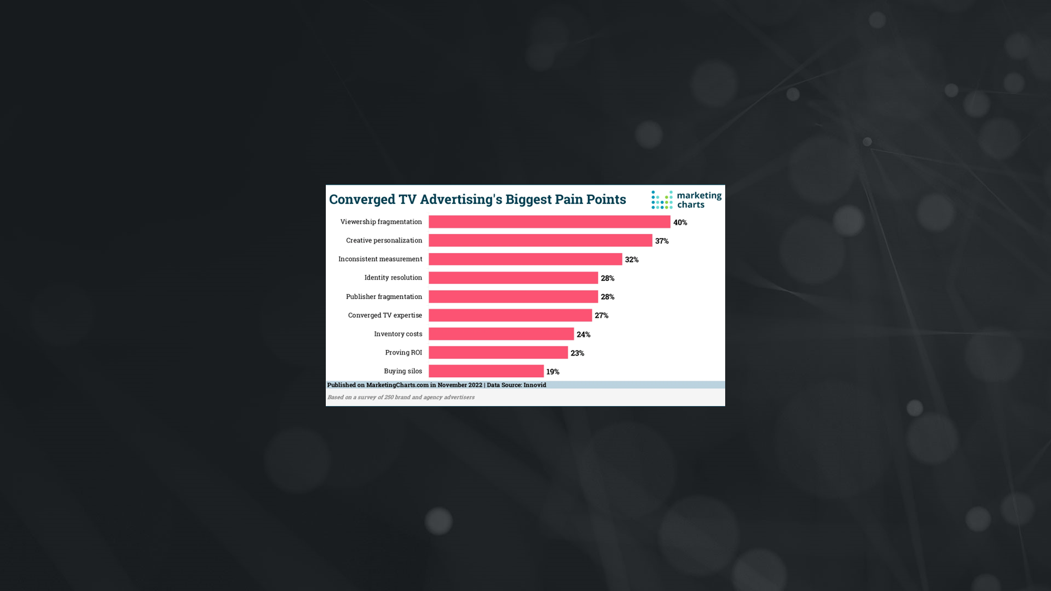 According to Horowitz’s State of OTA 2022 report tracking OTA antennas, wireless 5G home Internet services, and other disruptive technologies, “18% of TV content viewers report having a digital antenna.” For the past year, antenna usage has been consistent but still lower than it was with COVID spikes. Interestingly, antenna usage has grown among younger viewers; from 14% in 2021 to 23% in 2022. Horowitz also found that digital antenna ownership over-indexes among Hispanic viewers vs. other segments (25%, compared to 18-19% for white non-Hispanic, Black and Asian TV viewers). A big takeaway from the study is that “those with antennas are using it. Self-reported time spent with content delivered through a digital antenna accounts for about 1 in every 4 viewing hours among antenna owners overall, growing to over 4 in 10 hours of viewing time spent among antenna owners without MVPD service.” (RBR: 12/7/22- requires a subscription) As the converged TV market is on the “upswing” it’s also facing some challenges. According to Innovid. “the biggest of those is viewership fragmentation … as advertisers contend with audiences spread out across the different publishers, devices, and platforms.” Other top challenges include creative personalization and inconsistent measurement. “There’s broad consensus among the survey’s respondents that a unified view of converged TV reach and performance is important, with 92% saying as much.” (Marketing Charts: 12/8/22)

HVOD “is the new acronym for streaming apps that offer both ad-free subscription-based/SVOD and ad-supported/AVOD tiers”, and t’s anticipated to be the dominant model going forward. Superior retention is one of the reasons it’s been so successful. Entertainment companies are focusing on ad-supported options as a revenue channel and have begun to focus less on paid subscriptions and more on retaining users as they are “crucial to app growth.” “On average across apps of all sizes, more than half (53%) of a given app’s active user base consists of retained users” which also account for more than 70% of an app’s viewing time. (MediaPost: 12/12/22)

New TV purchases top the holiday wish lists of broadband households, according to a new survey by a consumer media insights company, Overall, “25% of broadband households expect to buy a new TV or ancillary device during the holiday season.” Among decision-makers, 17% “definitely will buy” a TV, with another 31% “somewhat likely to buy.” Game consoles and streaming media players are runners-up, followed by DVRs, Blue-Ray players, and audio-video receivers. The study also found that not surprisingly, “younger adults are more likely to buy new video devices for their homes”, but that other factors, including “the dominance of Innovators and urban dwellers that carried through each of the devices” that were tested. (TVTechnology: 12/14/22)