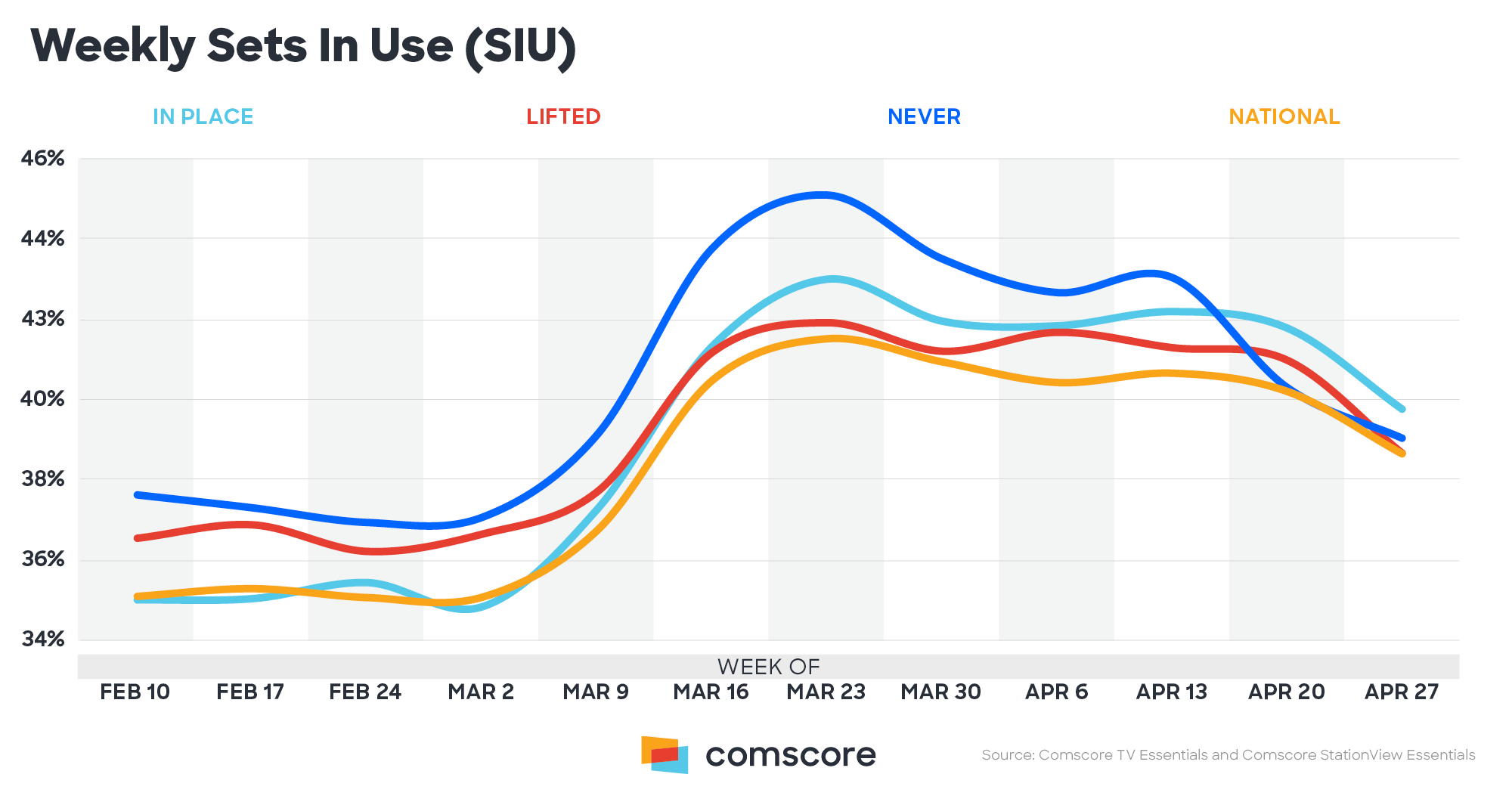 For a track of brand response to racial injustice, Adage (6/1) is updating their blog, here.

The IAB released their latest COVID Impact on Consumer Media Usage Report (5/28) for both traditional and digital; both of which are on the rise. While overall digital usage is up a reported 14% when compared to the same period (March-April) the previous year, the greatest increases are video-based. Broadcast TV and online videos (e.g. YouTube, TikTok) both led with 39% of consumers reporting increased consumption; followed closely behind by online TV/streaming films at 38%. These choices also led among those media choices people intend to continue watching more of “post coronavirus”. The study also explores our news consumption “rituals”, reallocation of sports viewers, and video game usage. 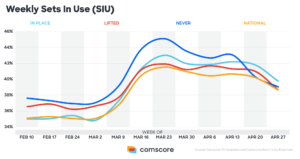 Comscore looked at “the impact of reopening” for a 5/28 blog post on linear TV viewership. To gauge these changes, they looked at a total of 10 markets; four with orders-in-place, four with orders-lifted, and 2 that never had orders. All three categories saw increased viewing around the third week in March, followed by a plateau and a slight decline through the end of the reporting period (April 27).

A TVNewscheck article (6/1) on new Nielsen research indicates a rebound for Local TV, with insights on specific increases in political spending. According to the report, ““Americans remain steadfast in their interest in the upcoming presidential election — as well as the messaging from the candidates.” Looking at number-of-spots, Nielsen found that ad counts doubled since a low the week of March 23; increasing consistently through April 27, the end of the reporting period.

National Oreo cookie day was held back in March. However, it wasn’t until this past week that two mini-recipes made their way around the internet. So, if you’re at a loss for flour, you can use Oreos for this microwave mug cake. Or, make your own ice cream bars using America’s favorite cookie.