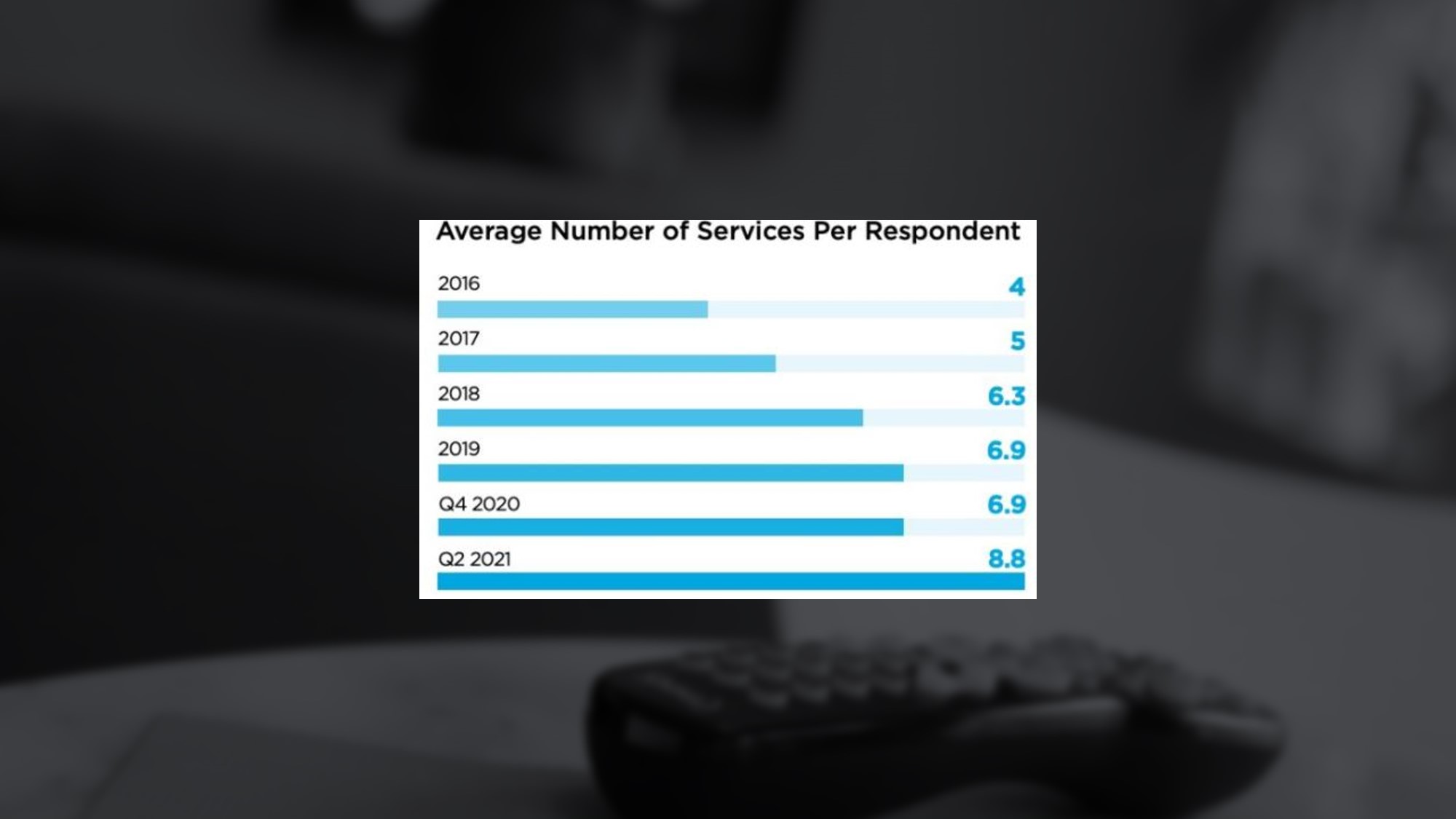 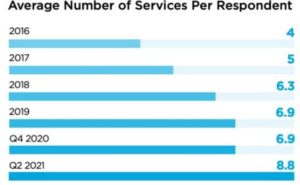 The number of free and subscription video platforms used by North American consumers has more than doubled in the past five years. According to TiVo’s latest bi-annual Video Trends Report, the number of pay TV, SVOD, AVOD, TVOD and other video services that U.S. and Canadian consumers use has shot up to 8.75; more than double the four services per respondent reported in 2016. According to the 4,500 consumers surveyed, on average they use five paid video services and 3.7 free, ad-supported TV offerings. Meanwhile, consumers aged 18-30 use an average of 11 different video services, while those age 51 or older claim an average of five. (NextTV: 8/20/21)

NATIONAL SPOT TV ON THE RISE

Local TV spending by national advertisers has been on the rise for the few months. Notable categories with Q1 2021 YOY increases include Insurance (+26%) and CPG (+42%) according to Standard Media Index. Additionally, Online retailer investments increased 292% according to the same source. Non-linear inventory “such as ads delivered via OTT streaming apps supported by CTV and AVOD platforms” makes up a good part of this expansion. “OTT is seen as an opportunity to efficiently improve audience targeting, reducing wasted linear frequency and increasing conversions nationally and in local markets.” (MediaVillage: 8/18/21)

Streaming TV usage increased by one percentage point to a 28% share from June to July, according to Nielsen’s Gauge metric Driven by more sports content, the data base mainly boosted by NBCUniversals coverage of the 2020 Tokyo Summer Olympic games, which ran from July 23rd to August 8th.  Similarly, Broadcast TV also rose one percentage point in July to 24%, which was partly due to the opening days of Tokyo Summer Olympics, as well the NBA Playoffs/Finals on ABC. During the same period, the top individual premium streaming platforms remained at the consistent level: Netflix, 7%; YouTube (including YouTube TV), 6%; Hulu (including Hulu + Live TV), 3%; Disney+, a 2% share; and Amazon Prime Video, 2%. (MediaPost: 8/19/21)

POSITIVE MESSAGE WITH SCHOOL BACK IN SESSION

The Today Show featured two Atlanta elementary school teachers who are on a mission to help her students see the importance of self-love. Their fourth graders start their day by declaring positive affirmations in a mirror — “I am smart!” … “I am a good person!” — while their teachers cheer them on in the background. The idea came from a practice one teacher Neffiteria Acker, and her five year old daughter do every morning, which has helped build both their confidence. The kids love the positive messages — and the recent attention they’ve gotten. (Today; 8/18/21)