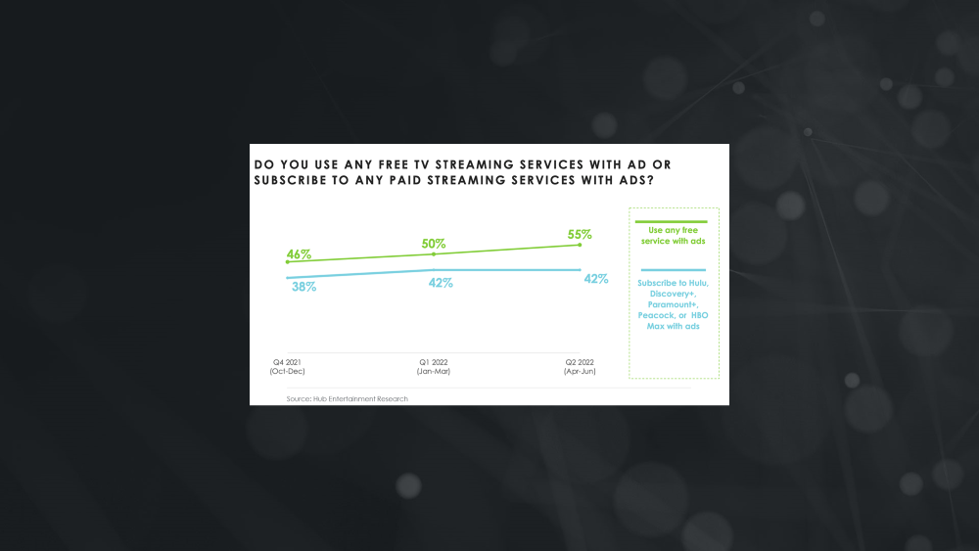 A report, based on real-time monitoring of linear TV, local cable, and CTV by analytics company AdImpact forecasts that the 2022 mid-term election will hit $9.67 billion which is “the highest total ever for any political ad cycle, exceeding any Presidential election year.” According to AdImpact, this figure is 7% higher than the 2020 Presidential election ($9.02 billion), and two-and-a-half times higher than the mid-term election in 2018 ($3.96 billion). To date, this “election cycle is outpacing the 2020 election cycle by $700 million.” “Much of the spend will continue to be on broadcast TV (Kantar estimates local TV at $5.5 billion), but AdImpact sees growth among alternatives, with connected TV on pace to reach $1.4 billion.” (MediaPost: 8/11/22)

The global TV market is showing signs of recovery with smart TV shipments expected to increase “1.9% year over year to 153.0 million units by the end of 2022” according to Kagan, a media research group within S&P Global Market Intelligence. “Rapid expansion of residential broadband penetration” and an opening up of the addressable smart TV market are driving smart TV penetration.” While supply challenges remain, “declining panel prices” and the 2022 World Cup “are expected to overcome the negative effects of inflation.”  (TVTechnology: 8/10/22) 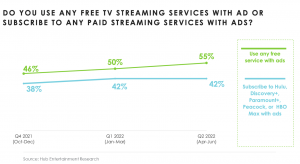 A new survey of over 3,000 consumers conducted by Hub Entertainment Research found that the percentage of US TV viewers who watch free, ad-supported streaming services (FAST) like Roku Channel, Pluto TV or Freevee, increased to 55% in Q2 2022, up from 50% in Q1 2022. Reported viewership among those who watch partially ad-supported subscription services like Peacock, Hulu, or HBO Max remained flat at 42% when compared to Q1. (NextTV: 8/16/22)

Nielsen announced that its national US TV panel now includes 42,000 households covering 101,00 people. During the COVID-19 pandemic, the panel shrunk to 29,456 (from 36,975) which led to undercounts, due to difficulties maintaining their panel size, and the eventual suspension of their accreditation by the Media Ratings Council. As viewership becomes more and more fragmented, critics complain that the panel is still too small, in contrast to big data alternatives that measure viewership from millions of devices and smart TVs. Nielsen One, Nielsen’s new cross-platform TV measurement system that rolls out later this year will still be based on the panel, but it will also incorporate big data. (Broadcasting & Cable: 8/10/22)

WHEN BOTH OF YOUR PARENTS ARE NEWS ANCHORS

Jeannette Reyes and Robert Burton are both news anchors in Washington, DC (Fox 5 and ABC 7, respectively) … and the parents of baby Isabella Sofia, who was born in June. This week they made headlines with their viral video “news report”, which included a weather update (although the weary parents don’t get to make it outside), and other “breaking” news from their newly formed “Baby News Network..” (Today: 8/15/22)