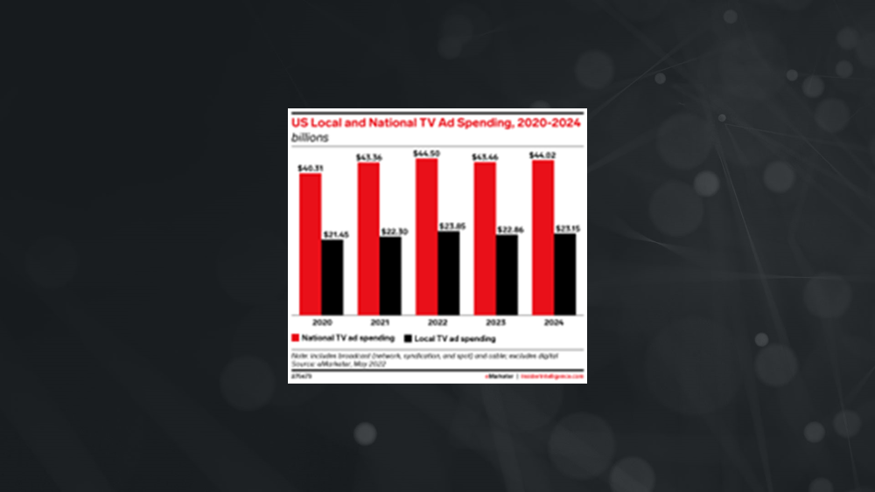 A new study from Horowitz Research “highlights the growing importance of Latinx audiences for both streaming and pay TV providers.” The report “found that one seven in ten (71%) of Latinx TV content viewers watch Spanish-language programming–up 11% from last year–and that two-thirds watch international content, an increasing amount of which is accessed via SVOD (subscription) and AVOD (free) streaming services. And while 38% of Latinx only subscribe to a streaming service (not an MVPD, they are “among the most loyal pay TV customers, with an MVPD penetration at 52% (slightly above the 51% US average). (TV Technology: 7/7/22) 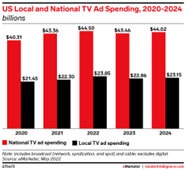 In their quarterly overview of digital video, Insider Intelligence/eMarketer found that “YouTube is becoming less reliant on mobile as more people are watching it on other connected devices.” This year, mobile will account for 49.3% of YouTube viewing; down from 53.1% in 2020. The research anticipates an “election effect” this year, with Local TV ad spending “expected to rise 6.9%” over 2021; “more than double the 2.6% YoY increase for National TV ad spending.” (eMarketer: 7/8/22)

New research from Hub Entertainment Research reveals a “huge pandemic-era shift in consumption patterns, with more homes using their smart TV for streaming video. According to the survey conducted in May, 62% of US TV homes currently use their smart TV to stream video; up from 47% in 2020. During the same two-year span Hub found that homes with smart TVs rose from 61% to 74%. Other trends include an increase in voice remote usage (51%; up from 38% in 2020) and TV’s linked to smart speakers (33%; up from 25% in 2020) while streaming music/audio makes up the top non-TV activity among Smart TV owners (40%). (NextTV: 7/12/22)

FOR CRYING OUT LOUD

An age-old problem is new again … commercial volume set to “the same decibel as a banshee’s shriek.” This time, the complaint has been lodged against nearly every ad-supported streaming platform, but the publishers explain “that it’s not their fault that ads are sometimes unbearably loud.” Instead, they point their fingers at advertisers looking to capture attention during the break. And while the FCC has been the recipient of nearly 1,600 volume-related complaints, so far in 2022 (most of them related to streaming services), their jurisdiction falls short. However, a new effort is underway to change that. In the meantime, it’s another positive of the ad-free plan. (Marketing Brew: 7/11/22)