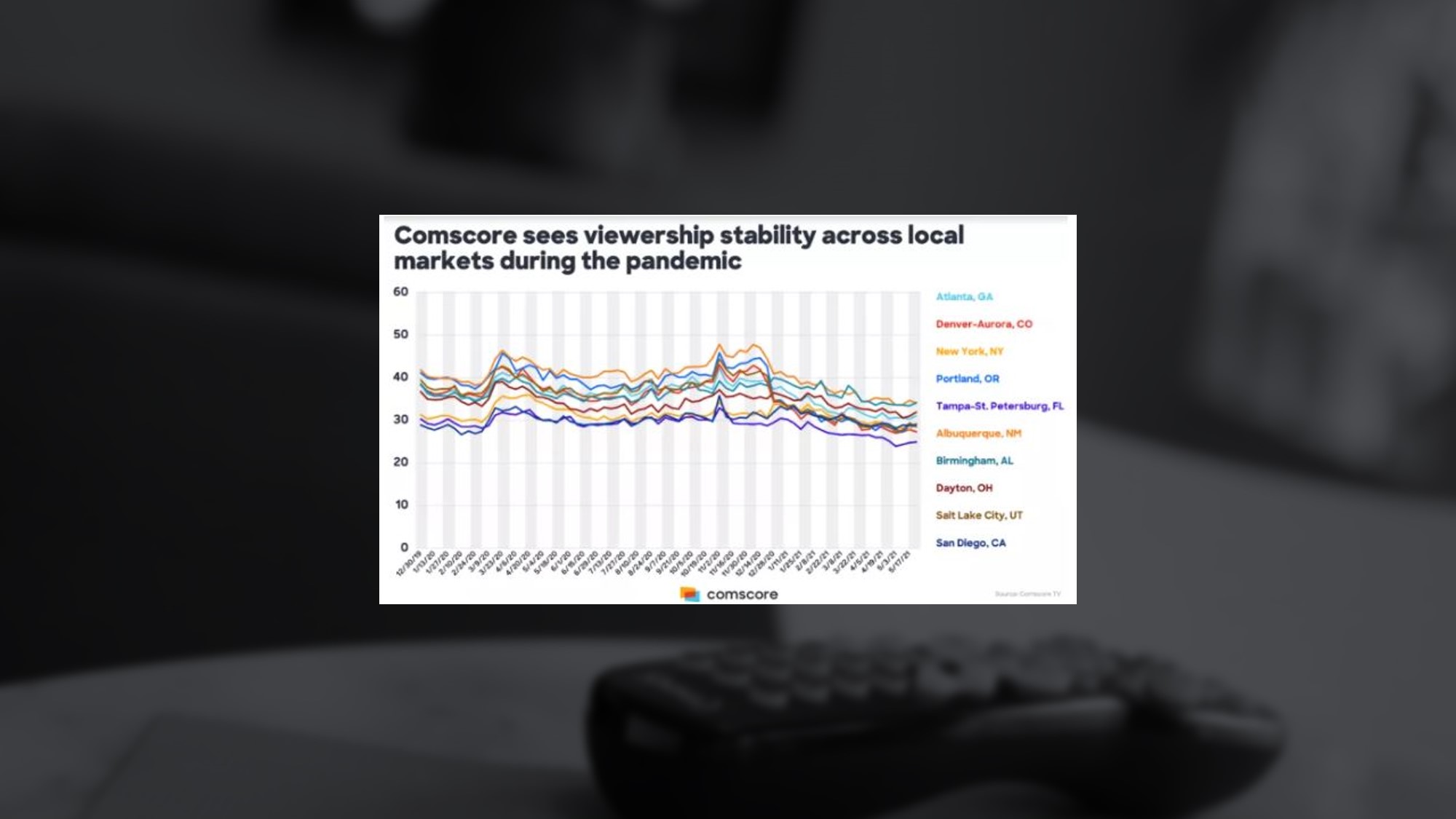 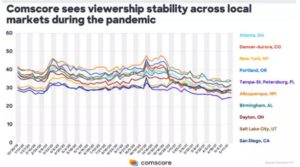 Comscore took another swipe at rival Nielsen, by showing that its local TV usage climbed during the pandemic; climbing last March and then decreasing, but ultimately finishing higher than in 2019. The Media Rating Council had announced Nielsen data showed under reporting of as much as 9% in some local markets. The MRC claims that Nielsen’s undercounting of TV viewing, was the result of the company’s inability to properly manage its sample households because of COVID protocols. Comscore has focused on the big data from cable boxes and smart TVs, passively collecting their viewing data from consenting viewers, making them reliable and accurate. (NextTV: 6/11/21)

RETAIL SPENDING ON THE RISE

Back-to-school spending is likely to top pre-pandemic levels as consumers are more eager than usual for a fresh start after the pandemic. According to Mastercard SpendingPulse, sales in the U.S. are expected to grow 6.7% from 2019 and 5.5.% from 2020. The 2021 back-to-school season comes at a critical moment for retailers. Amazon, Walmart and Target, face challenging year-over-year comparisons because of unusually high sales of groceries and other essentials. Retailers like Macy’s and Kohl’s are trying to make up for lost time as merchandise like shoes, dresses and denim catch shoppers attention again. (CNBC: 6/10/21)

As viewers are cancelling their cable/satellite subscriptions and watching more streaming video content, broadcast stations have been doubling down on free ad supported over-the-air (OTA) television. In recent years, broadcast station groups have been launching free OTA digital multicast networks. Since digital signals can be compressed, local TV stations can provide additional channels to viewers. These multicast networks can be distributed from their station owners, other station groups, cable/satellite providers and over-the-top (OTT); available in well over half the country with some reaching up to 90% of all U.S. TV homes. Multicast networks have both national and local TV ads, enabling access to national budgets, with focus on a particular genres or a specific targets. (Forbes: 6/10/21) 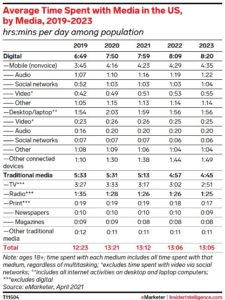 Data from an April eMarketer survey predicts that average time spent with US media will decline by 9 minutes per day, from 13:21 in 2020 to 13:12 in 2021. While the current year estimate is lower than the time spent with media during the height of the pandemic, these figures are still higher than pre-pandemic estimate of 12:23. Looking specifically at “video”, Traditional TV remains the largest media type at 3 hours and 17 minutes per day in 2021. And while traditional TV shows a 10 minute decline from pre-pandemic figures), digital video on mobile shows a 9 minute increase, and “other connected devices” shows a dramatic 28 minute increase from 1:10 in 2019 to 1:38. (eMarketer: 6/6/21)

On the heels of Jimmy Fallon and Lin-Manuel Miranda’s return to an audience-filled theater last week, Stephen Colbert and his pants (yes, his pants) opened Monday’s first-show-back with a song and dance number of their own. After the cold open, Colbert got emotional with band leader Jon Batiste, brought his wife onstage, went one-on-one with Dana Carvey as Joe Biden, and ranted with Jon Stewart. (THR; 6/14/21).