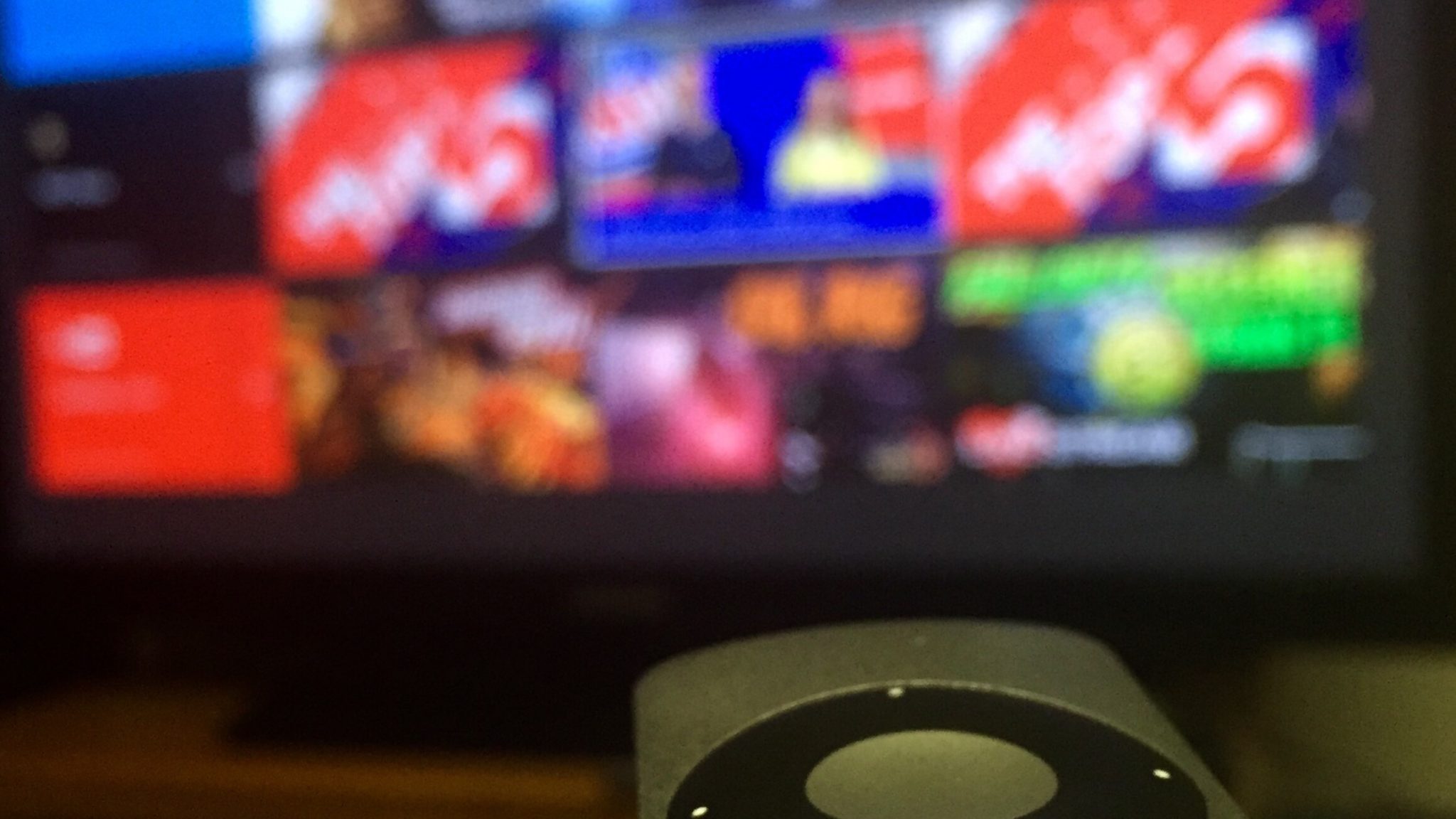 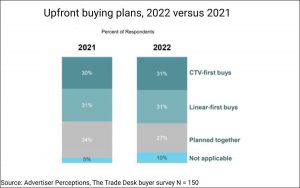 A report by Advertiser Perceptions and The Trade Desk indicates that ad buyers will increase their CTV ad upfront commitments, “in part in anticipation of high demand and higher prices in the scatter market”. The survey, based on 150 responses from brand and agency decision-makers, found that 53% of their CTV budgets will be allocated to the upfront; which is consistent with their linear TV upfront plans at 54%. Also consistent are the percentage of respondents creating “CTV-first” and Linear-first buys. And while price is one reason for committing upfront, locking in CPMs, taking advantage of upfront offerings, and holding onto high-performing partners were also cited. (MediaPost: 4/29/22)

The latest State of Pay TV, OTT & SVOD 2022 from Horowitz Research found that traditional U.S. pay TV viewers (i.e. those subscribing to a traditional cable/satellite service) declined to 51% of the country. This is down from 63% in 2021 and 81% in 2020. Conversely, streaming viewers continue to increase, with nearly four in 10 (37%) “paying for an SVOD service, but not for cable or satellite – an increase from 30% in 2021.” However, SVOD’s face challenges from “hefty increases in streaming sub bills” with “a slight drop in subscriptions” (due in part to Netflix declines).  In 2021, nearly three-quarters of respondents (74%) said that they subscribe to at least one SVOD. This year, that number is 62% (with another 10% saying they share or borrow passwords). Also on the rise are monthly costs, with respondents spending $76 per month, up $26 from last year’s reported average. (TV Tech: 4/28/22)

First quarter 2022 saw a 6% increase in overall national TV ad spending, according to a report from Standard Media Index (SMI). Broadcast TV, helped by the Winter Olympics on NBC was up 15% for the quarter vs. 2021, while cable was up 2%, and Syndication was down 14%. The largest gains were seen in sports, with a 31% increase. (Broadcasting & Cable: 4/29/22)

MoffettNathanson produced their own first-quarter research showing that linear national TV advertising was up 4.7% to $9.1 billion. Factoring out the Winter Olympics indicates a 2.6% decline. Network Broadcast TV was up 11%, while cable slipped .4%. In contrast, AVOD spending was up 63% at $1.9 billion in revenue. (MediaPost: 5/2/22) The IAB issued their 9th annual report on online ad spending, “finding that connect TV spending exploded”, up 57% to $15.2 billion in 2021. They’re now forecasting a 39% increase in 2022 to $21.2 billion; doubling CTV spending since 2020. Three in four buyers see CTV as a “must buy, identifying first-party brand data, location information on viewers and shipping data as key benefits.” (Deadline & Fiercevideo: 5/2/22)