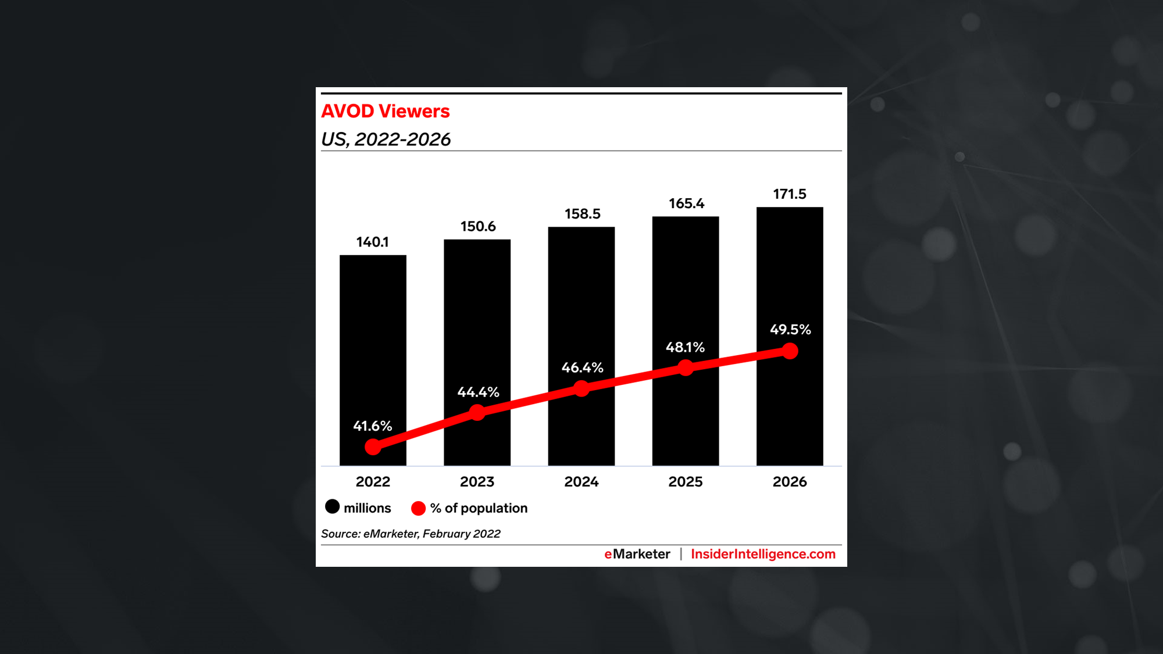 The top OTT ad spenders for 2021 included brands in the retail, media, tech, and finance industries according to MediaRadar’s OTT Ad Insights report. The study, which focused on five ad-supported brands (Discovery+, HBO Max, Hulu, Parount+ and Peacock) reported that overall OTT spending was $1.3 billion for the year (up from 202’s “pandemic-depressed $890 million), and takes a look at monthly OTT spending, OTT spending as a percentage of digital spending, comparative ad loads, and a deeper dive into the platform strengths of the different players. MediaPost: 3/4/22).

In a letter to Nielsen’s CEO, The Video Advertising Bureau (VAB) leadership “told Nielsen to hold off on releasing any additional data that could be used to estimate the price or value of advertising inventory ahead of this year’s upfront negotiations.” The main concern is that the data is “rife with illogical audience patterns and contradictions, that render it currently unusable.” The letter also criticized that the company lacked “meaningful disclosures about how the data was calculated. Nielsen’s response came late Tuesday night and expressed “deep disappointment” that the concerns were raised in the press rather than in collaborative direct discussion. Nielsen also reinforced that they’re in regular contact with their clients on methodology, and had not received any questions from the VAB prior to the public letter.   (Adweek:3/8/22)

AVOD viewership; currently at 140 million (42% US) is expected to reach 172 million (50% US) by 2026 according to a February report from eMarketer. In an effort to get themselves in front of users in today’s congested CTV space, streamers are adding “new markets and features including live sports”, ad-supported tiers, and “bundles that resemble cable packages of old.” Two recent additions include “a cheaper, ad-supported subscription tier” from Disney+, and Verizon’s Plus Play; “a free platform that bundles various services including Netflix, Disney+, Peloton, and more into a hub”. At issue is that streamers are battling each other as well as consumers’ capacity to add yet another paid service. (eMarketer: 3/7/22)

Each year the National Retail Federation (NRF) conducts its annual to gauge consumer spending and saving behavior related to U.S. income tax returns. This year, they found that 59% of respondents expect a refund, 74% plan to file online, and more people expecting to file in February (46%) vs. March (32%) and April (21%).   The NRF site has published data dating back to 2009 revealing some interesting trends, including an increase in savings intentions, despite a lower percentage of people receiving refunds. While roughly half prepare their taxes themselves (either by hand or software), 20% of respondents plan to use a tax preparation service; up from 17% for the past four years. (NRF.org)