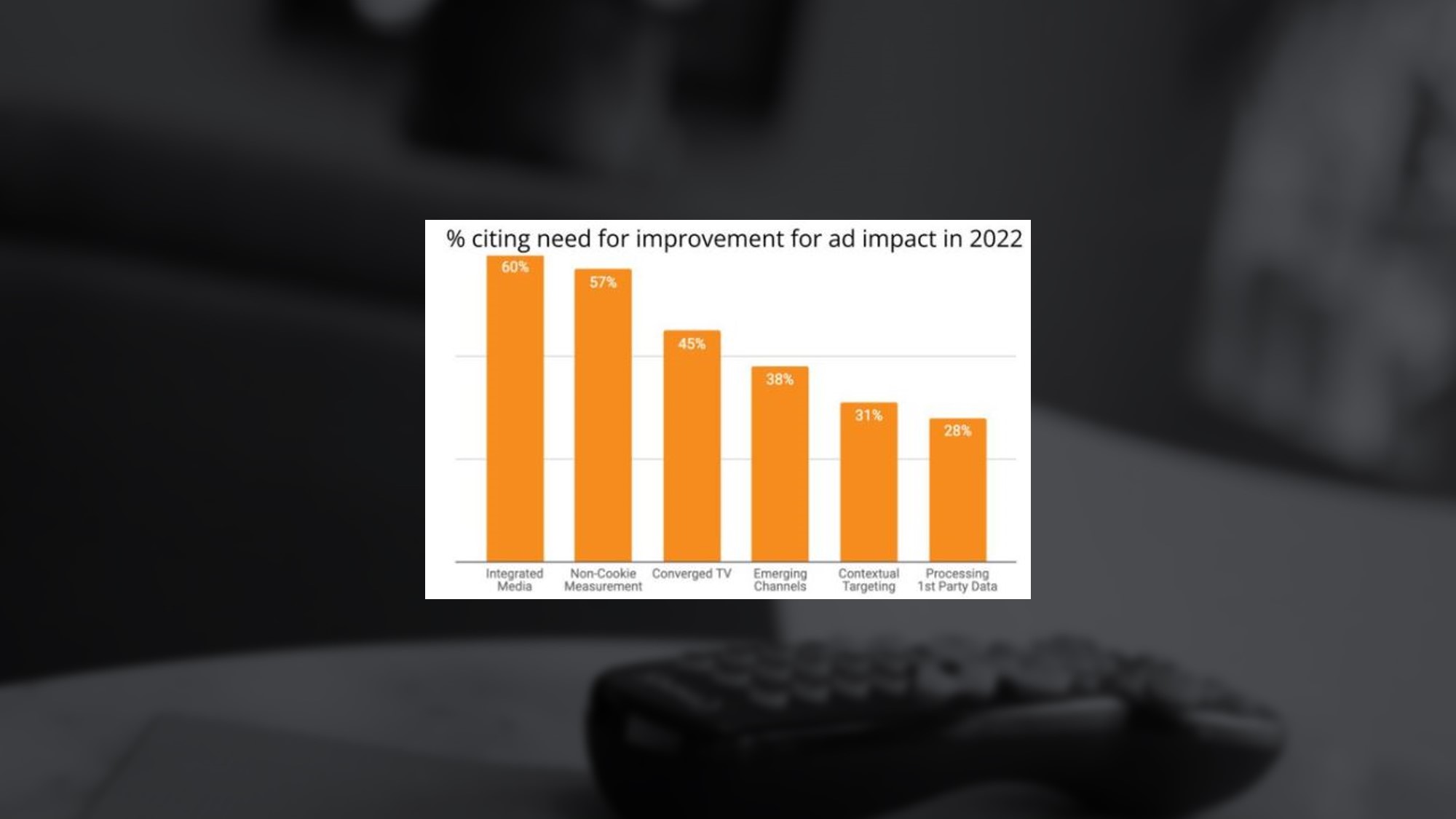 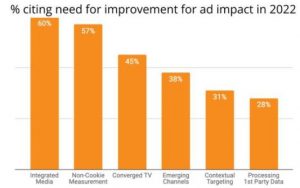 In a recent survey by media-buying and planning platform Mediaocean, cross-platform, integrated media issues this year will continue to drive the biggest changes. Of the more than 250 media executives surveyed, 60% say “improvements in integrated media/execution” will be the “most impactful,” 57% said “measurement improvement on non-cookie methods” will force the biggest shifts in the business, 31% of executives said improving “contextual targeting” will be key for change, while 28% cited better infrastructure of first-party data; 28%, artificial intelligence/machine learning; 45%, converging TV measurement/planning; and 38%, improved emerging channels (immersive games, TikTok, and virtual reality). The survey also found executives plan for a major increase in CTV, 51% said they will grow their investment from 1% – 20%, while 18% said their investment in CTV will climb 18%, and 4% would spend less. (MediaPost: 1/6/22)

As recently as a decade ago, nearly 85% of U.S. households paid for packages from cable or satellite companies. Now the share of Americans who pay for conventional TV has declined to nearly 50%. Ian Olgeirson, a research director at Kagan, and an American TV market  expert, was caught off guard by how quickly the monthly cable bill became obsolete to many Americans. Old TV still has some life left, as Americans still spend majority of their time watching conventional TV rather than streaming video, which has also become a tough business. The question remains whether Americans keep turning away from cable and satellite TV relatively slowly, or will it abruptly collapse like a Jenga Tower. One example is sports leagues. For example, the NFL has thrived from lucrative cable system deals, so the ripples can be great if the cable model topples. (NYT, Requires subscription: 1/6/22)

COMSCORE, DIRECT COMPETITOR TO NIELSEN ONE

Comscore recently launched Comscore Everywhere, its version of a holistic cross-screen measurement system is designed to compete with Nielsen’s Nielsen One. Comscore Everywhere will use a single dataset and methodology to measure viewing, and “create a common comparable Audience Definition across media and screens including social media.” In December, Comscore acquired Shareablee, a social media measurement company for $45 million. These advances come at a time that Nielsen has been plagued by a “series of errors in its measurement systems” and loss of accreditation of its national ratings service by the Media Rating Council. (NextTV: 1/5/22)

Despite the “lack of pomp” and fewer in-person attendees, CES introduced a “vast array of new and evolved consumer tech products, and with them a raft of new ways to speak to consumers.” Highlights include the selfie-inspired Vivo V23 with a back-facing camera, the color-changing BMW (bought programmatically one day!), autonomous race cars,  a resurgence of wearables, 5G goes mainstream, and affordable 4K. (The Drum: 1/10/21)